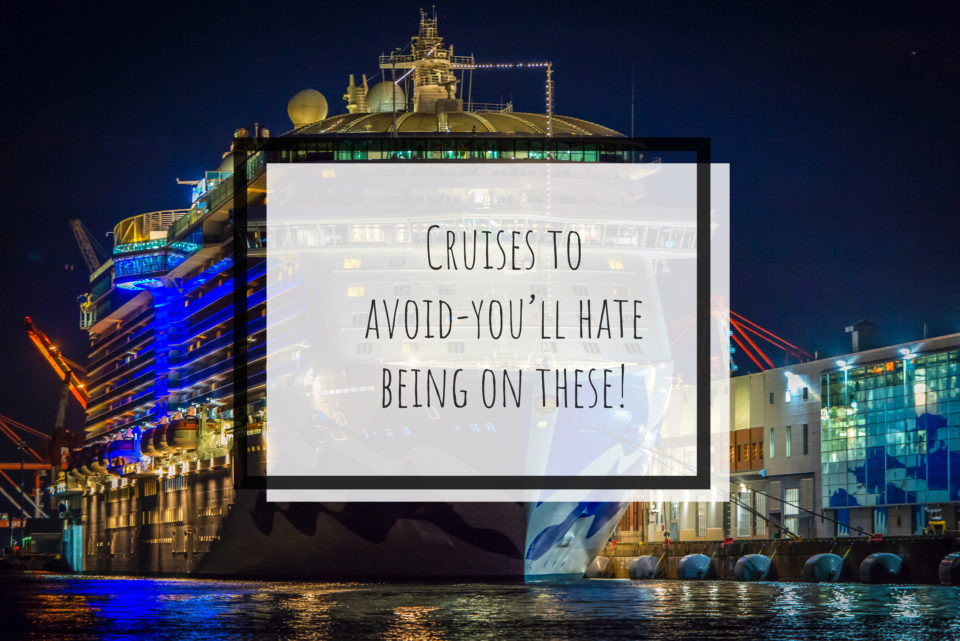 If you know me at all, you’ll know I’m the biggest advocate for cruising – pretty much any cruise, anywhere! Get me on a ship, drink in hand, visiting any port or country in the world and I’m a happy girl! However, there are some exceptions, like everything in life! These are the cruises to avoid, and I’ll tell you the reasons why…

Being the first person to sail on a brand new ship has some kind of Kudos to it right? You may get some swag for free, and you get bragging rights…although you will also have paid through the nose for it, but we’ll ignore that for now!

So why would you ever think that a maiden voyage would be a cruise to avoid? There’s a few reasons. Firstly, there’s a good chance that the build won’t go to schedule. It can go either way. If it finishes early, the cruise line will likely put additional cruises on before your ‘inaugural’ cruise…does that really make yours special? If it is delayed, then you get bumped, do the new dates work for you? What cabin are you moved to?

The other issue is that often the maiden voyage will go ahead without everything being completed. I remember my parents being so excited to have been invited on Celebrity Millennium’s inaugural cruise (they owned a travel agency). On the cruise, they discovered the pools were closed off, because they were still being sealed, corridors not finished, and a few other things not quite ready for guests. As a hosted passenger, you don’t mind so much, but as a paying guest… I don’t think so! That said, I was part of the project management team for both Royal’s Liberty of the Seas and Independence of the Seas and both were fully completed on time…it’s a risk you have to be prepared to take. 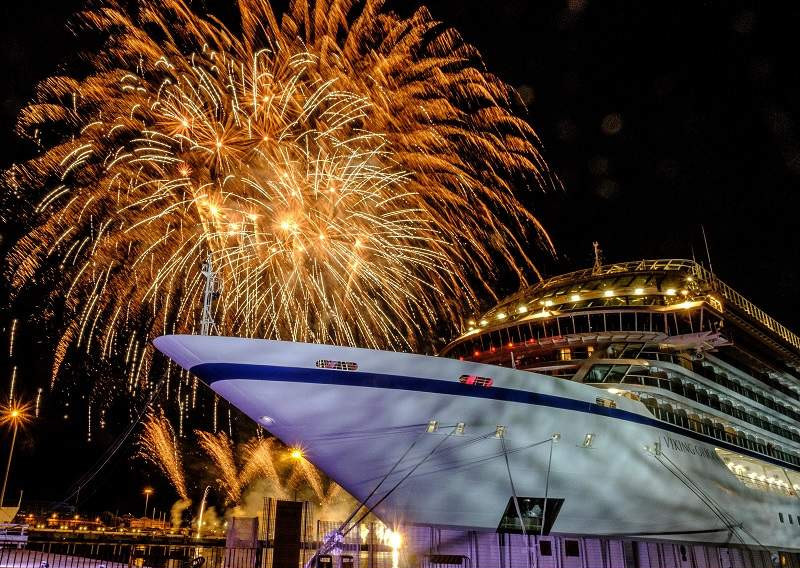 Seen an amazing deal for a three-day cruise that looks too good to refuse? Well, just know what it will actually entail and why it’s in my list of cruises to avoid.

Short cruises are obviously priced lower than the norm (although higher if you look at the per diem), which means that people who usually can’t afford that particular cruise line decide to give it a shot… The demographic changes drastically, the bars get slammed, the staff struggle to keep up with the demand of people queuing for non-stop drinks instead of waiting for table service, and every type of bucks and hens night will be on board.

Groups love these cruises too, a girls’ netball team getaway, a boys’ birthday celebration, a family reunion with everyone wearing matching printed t shirts, and there’s always one fancy dress/Elvis impersonator group on board!

Plus, let’s not forget the kid factor. Yes, I appreciate you probably have kids and were planning on taking them with you, but in school holidays the ratio can change to where it feels like there’s more kids than adults on board! Some cruise lines manage this better than others with their kids club keeping them mostly tucked away and entertained…but not all of them are as efficient – cue kids running around everywhere, bombing in the pools, pushing into the buffet lines, hiding out under the stair cases… I’ve seen it all and it’s not pretty.

To learn more about the kid’s clubs on large cruise ships, check out my comparison post here. 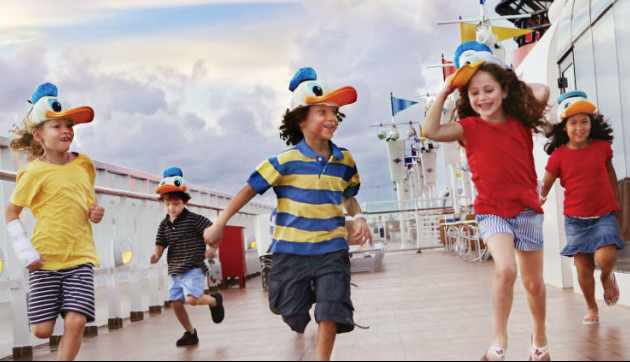 Cruises straight out of Dry Dock

Want to be the first to check out that new restaurant that has been installed, or that awesome new water slide? It’s exciting, especially if you’re a cruise addict and/or if you’ve previously been on that ship and can appreciate all the changes.

However, what it can also mean is that some renos aren’t finished and you’ll find work continuing throughout your cruise. Maybe some features are closed due to not being ready, and if there is a major cabin refit, some guests can get bumped if they’re not finished or still have workers in them.

This is also the time for faults in the new features to be discovered. Of course, every activity is tested way before guests are allowed to use them, don’t get me wrong, no cruise line is making guests guinea pigs on their death drop slide! But sometimes the way they manage the queues or the process may need some tweaking. Remember Royal Caribbean’s Quantum Class restaurant revelation, switching out the main dining room for 4 themed restaurants instead? Less than a year later they were all changed to basically be a main dining room split into 4 rooms – the concept just didn’t work (that said, I’m grateful for having been on the inaugural and was able to try the individual restaurants because I thought they were great…but that’s beside the point!).

My personal recommendation is to book the second or third cruise after the refit to give the cruise line time to get everything completely finished and fully tested before you experience it. 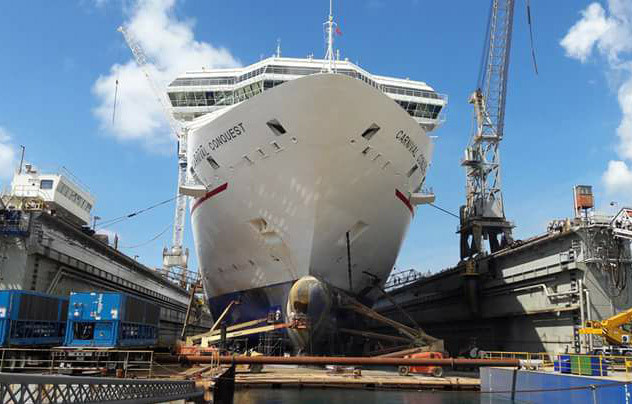 As a Meetings, Events and Charters Manager for a cruise line for many years, this is an area I know a lot about! Whilst some groups are simply 50-80 people who have won a corporate incentive to be on board and really aren’t a drama to anyone, there are larger groups of over 200+ people who can have a massive effect on the sailing.

When it gets to a group of over 500+ and the group is perhaps a little ‘out-there’, you may receive a letter from the cruise line advising you of this and allowing you to book on an alternate sailing if you wish. If you get a notification like this – I strongly advise you listen, because they don’t waste their time with this process unless they are trying to prevent a lot of complaints! The last group I ‘sold’ and we did this for was a HOGs group – Harley Davidson Owners. They wear their black leathers throughout their cruise, and often bring their bikes on board with them for group rides in each port. Whilst they are awesome people to work with, as a cruise line we understood that they can be intimidating for families to see them en-masse on the ship.

Further issues with large groups is that they are able to have venues for their own exclusive use. This closes them off to the rest of the guests, and when it’s on a nightly basis, this can be frustrating. We’re talking private restaurants, or Lounges, where you may have liked to enjoy a drink and some music. They may have parties around the pool at night time, not only closing off this area to everyone else, but also subjecting guests with balconies to their music through the night.

If you’re booking on a themed cruise, you should have more of an idea of what you’re up for. They are generally music related, such a Motown or 70s and if you are into this and ready to party non-stop you’ll probably have a ball. What you need to remember is that the music literally won’t stop. If you’re wanting some time for relaxation and to find a quiet place to yourself – good luck! 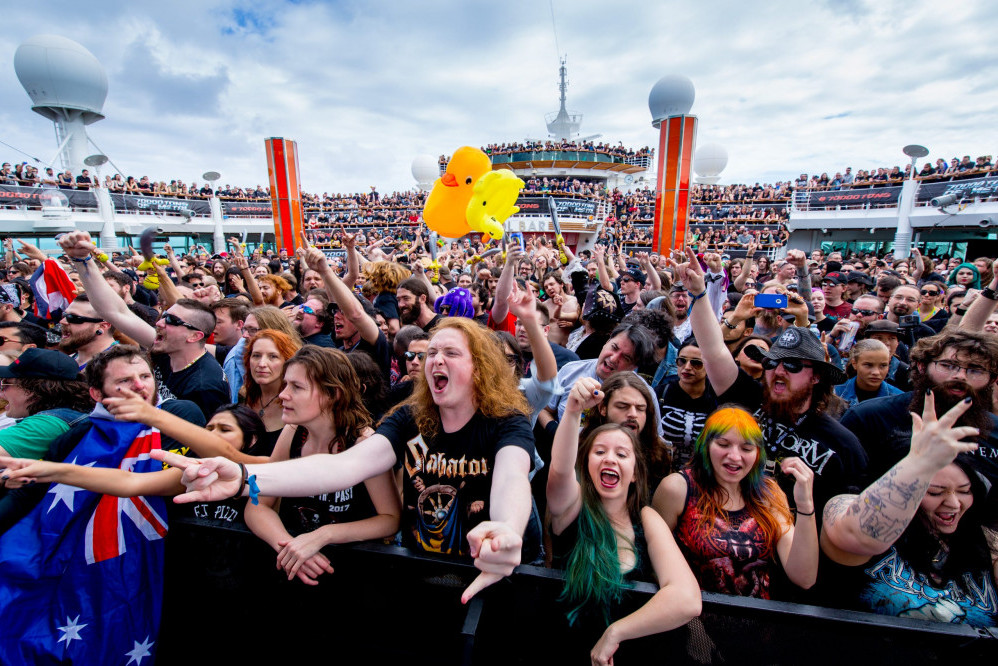 
I hope I’ve given you some useful tips here, and made you think which cruises to avoid before you book your next vacation on board. Are there any cruises that you have been on that you wish you weren’t? Maybe you’ve experienced one of the above – what was it like for you? I always love your feedback!

If you’re new to cruising, you may want to check out my post First Time Cruise Checklist.

Thanks for reading – see you next time!