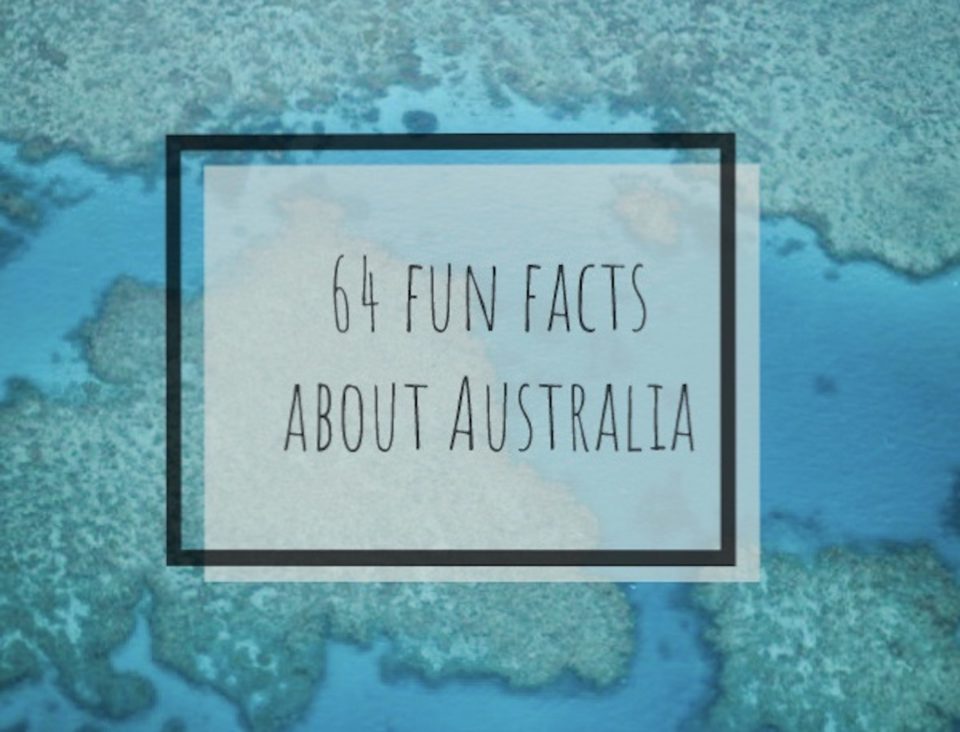 As a naturalised Aussie (still proudly British-born), and one who has lived there for over 10 years and been visiting since I was a little kid, there is so much I take for granted about the country. Now that I am on a ship with about 700 Americans, hearing them talk about their tours, and the things they have found weird/funny/interesting about the land Down Under got me thinking that actually, this place really is quite unusual! So of course, that makes the perfect basis for a new blog post, right? Read on for my fun facts about Australia – I hope you enjoy them!

1. The kangaroo and emu were chosen to be on the Australian coat of arms because they are the only two native animals which cannot walk backwards, symbolising the country’s aspiration to keep moving forward towards the future and making progress.

2. More weirdly, Australia is the only country to eat the animals on their coat of arms. I can’t say I’ve ever seen emu meat in a supermarket, but kangaroo is widely available and popular as it is a lean source of protein.

3. Australia is so much bigger than people think, it’s actually about the same size as mainland USA, at 7.7 million km squared. I still laugh when visitors in Sydney ask if they can visit the Great Barrier Reef for the day…!

4. Construction of the Sydney Opera House was planned to take 4 years…it actually took fourteen! Commencing in 1959 and involving 10,000 construction workers. It also went massively over budget, originally predicted to be AU$7m it actually came in at AU$102m! 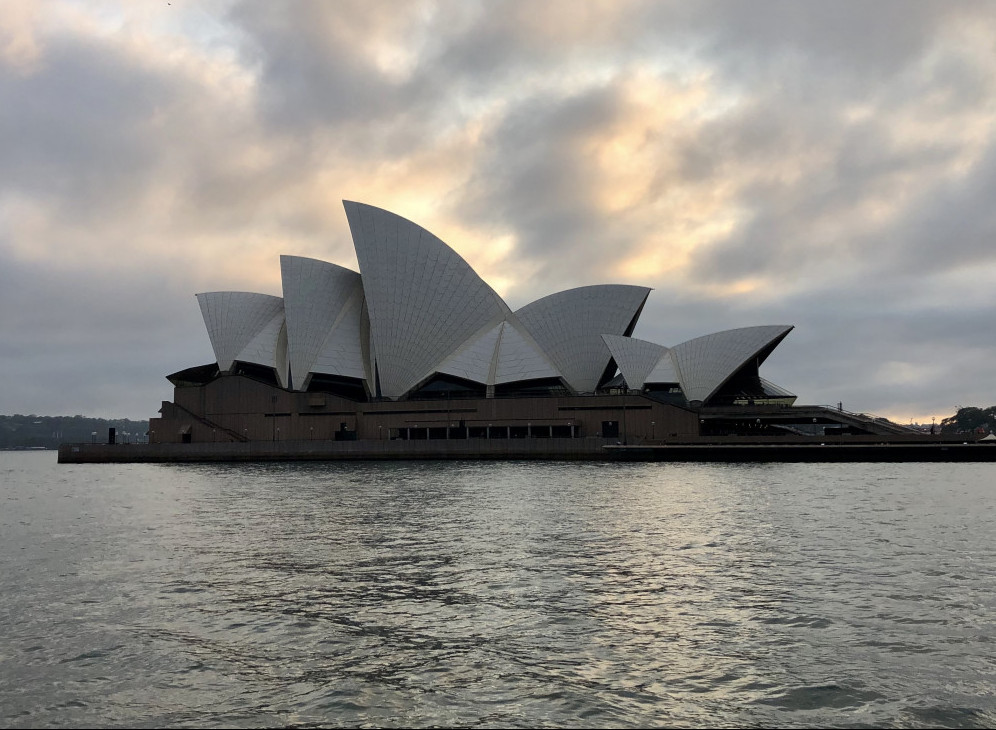 5. Seven A380s could sit wing-to-wing on the site of the Opera House.

6. The seat belt law was first put into place in Victoria, in 1970, shortly followed by the rest of the world.

7. With the country being so vast, residents are able to own huge amounts of land…the largest of which is roughly the same size as Belgium.


8. In 1902, Australia was the second country to give women the right to vote, the first being New Zealand. Not all the states passed the law at the same time, with South Australia leading the way, and Victoria finally agreeing 6 years later.

9. Over 64,000 people are in Australia having overstayed their visas, with approximately 12,000 having been there for more than 20 years.

10. The first Police force in Australia was made up of the most well-behaved convicts.

11. The Wine Cask (called ‘goon’) was invented in Australia (why doesn’t that surprise me?!).

12. Fraser Island (Queensland) is the largest sand island in the world. World Heritage listed, it stretches 123km long and 22km wide. Only 4 wheel drive vehicles are permitted on the island and watch out for the mischievous wild dingoes if you’re camping (I say from experience!). 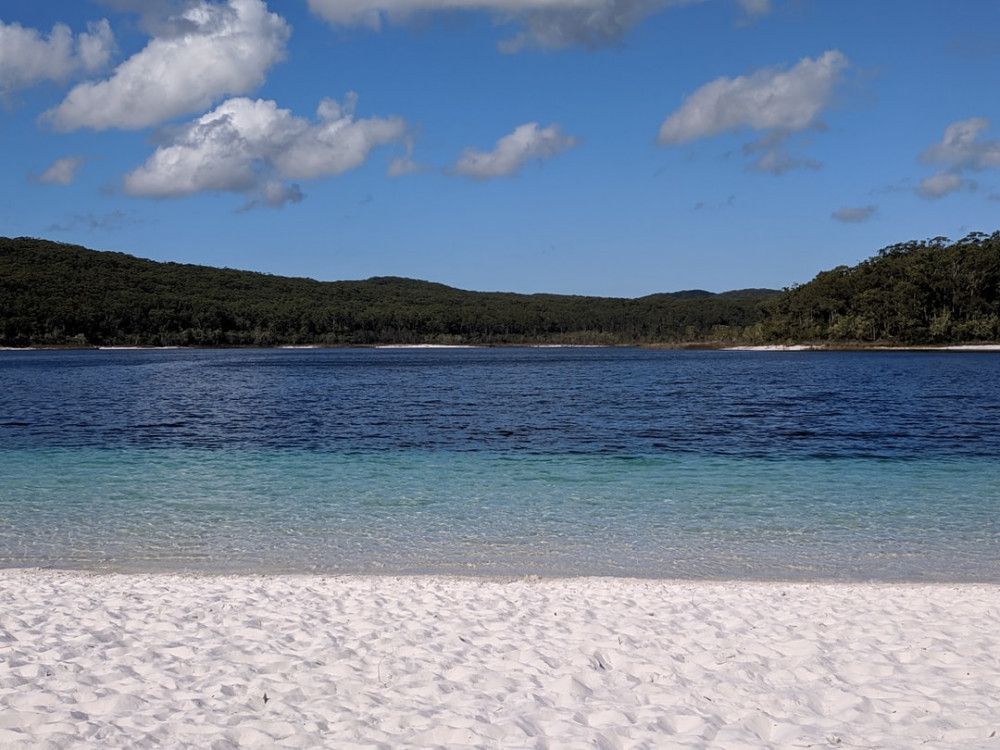 Enjoying this post? Check out my 30 Fun Facts About Spain

13. Australia has so many beaches that if you were to visit one every day it would take 29 years to get through them all (there are 10,685!).

14. The largest cattle station in the world, Anna Creek Station, is in South Australia and is bigger than Israel.

15. Australia was a founding member of the United Nations in 1945 and continues to be an active member today.

16. AFL (Australian Football League) was invented to keep cricketers fit in the off-season, and is thought to have been influenced by indigenous Australians.

17. The largest Greek-speaking population outside of Athens is in Melbourne.

18. The Great Barrier Reef is the largest living structure on the planet and can be seen from space.


20. It’s an offense to be in possession of more than 50kgs of potatoes in Western Australia. Go figure.

21. It was illegal to swim in the sea during the sea before 1902 – apparently due to decency laws and the lack of changing boxes at the beaches.

23. Before Melbourne was officially named, it went by ‘Batmania’ for a couple of years, after its founder, John Batman. You can still visit Batman Park today, or drive along Batman Avenue. Nananananananananaaa….!

24. Wombats do square poops, which they use to mark their territory. 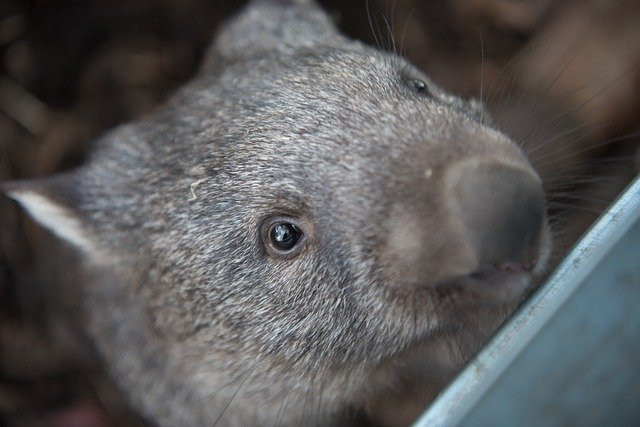 25. Australia is the only continent without an active volcano (and before you google it, NZ is actually part of ‘Oceania’ continent, not Australia).

26. Aboriginal culture is the oldest on Earth. Believed to be descendants of the first people to leave Africa over 75,000 years ago,

27. 33% of Australians are actually immigrants.

28. Which in turn means approximately 21% of families don’t speak English at home.

29. Mount Augustus in Western Australia is 2.5 x bigger than Uluru, and is the largest monolith in the world, at 1105m above sea level. The granite rock beneath Mount Augustus is believed to be 1650 million years old.

30. Approximately 1 million purebred camels roam free in the Australian deserts, more than anywhere else in the world.

31. If the sails of the Opera House were put together, they would create a perfect sphere. Apparently the Danish designer was inspired whilst eating an orange.

32. A baby kangaroo is only 2cm long when born and stay in the mother’s pouch for up to 8 months. The pouch can hold 2 joeys at a time. 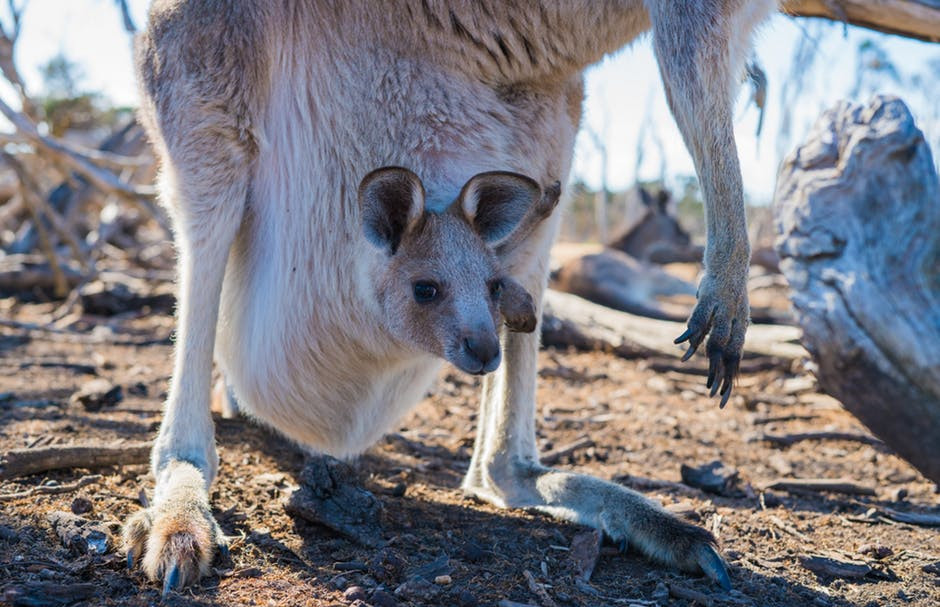 33. The Australian Alps receive more snowfall than Switzerland – mostly due to their proximity to the ocean, as opposed to Switzerland which is land-locked.

34. Wine is produced in every state, but specifically in 60 different regions, totaling 160,000 hectares. However, the majority are in the southern-most parts of the country which have a cooler climate.

35. These regions combined produce over 1.3 billion litres of wine per year.

36. Aussies are big drinkers, consuming 1.7 billion litres of beer per year, which equates to 680 bottles per adult.

37. 63% of Australians are overweight…see above!

39. Aussies love to gamble, with 20% of the world’s poker machines being homed there.

40. Per capita, Australians spend more on gambling than any other nation. 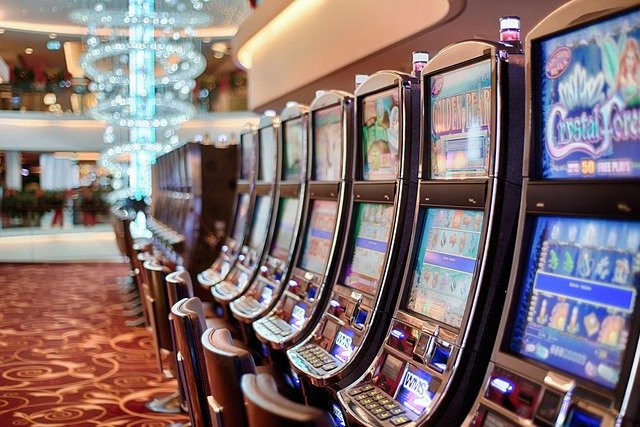 If you like Fun Facts, check out my 30 Fun Facts About Cruising

41. There are over 60 different types of kangaroos, although you are most likely to see the gray kangaroo.

42. Aussies invented the ‘Selfie’, by uploading several photos to a website in 2001.

43. Melbourne is home for the largest free festival in Australia, called Moomba…which means ‘up your bum’ in many Aboriginal languages!

44. Brisbane hosts the annual World Championships of cockroach racing! Starting in 1982 in Brisbane, this has continued to be gamblers favourite sport on Australia Day (26 January).

45. There are 25 types of venomous snakes in the world, and Australia is home to 21 of them!

46. Australia’s former Prime Minister Bob Hawke holds the world record for sculling 2.5 pints of beer in just 11 seconds…says a lot for the leadership of the country!

48. There are bubblegum pink lakes in Western Australia, such as Lake Hillier.

50. A Canberra home holds the Guiness World Record for having the most Christmas lights on their home, at 502,165 recorded.

51. What were thought to have been crop circles were actually discovered to be Wallabies breaking into Opium crops, getting high and running around in circles!

52. The rivalry between Australia and New Zealand reached a high when an Australian man tried to sell NZ on eBay for $1!

53. In 1975 Australia had a Parliament Dismissal, where the Queen basically fired the PM and all members of Parliament and started again with new members (they could probably do with trying that again…uhum…).

54. In 1979, debris from NASA’s Skylab space station fell into Esperance in Western Australia. The town fined NASA for littering!

55. More people have been killed in Australia by box jelly fish than by stonefish, sharks and crocodiles combined. 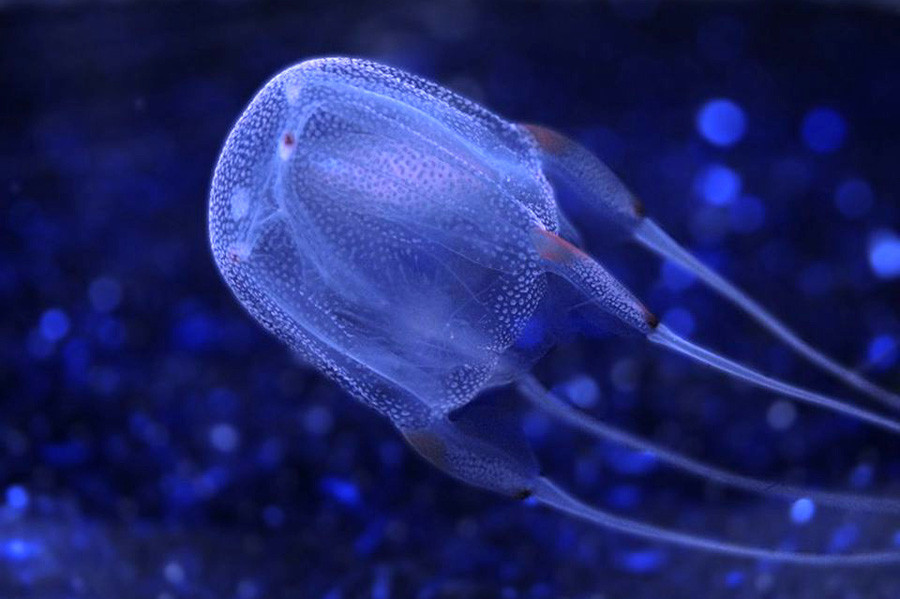 56. Tasmania is recorded to have the cleanest air in the world.

57. Tassie’s water is also so pure that it is shipped to competing Olympic athletes around the world.

58. European settlers in Australia consumed more alcohol per capita than any other society in history. I guess they didn’t have much else to do!

59. Melbourne is the sporting capital of the world, with more top-level sports available to its residents than anywhere else.

61. It is illegal to dress up as Batman and/or Robin in Australia. No one can actually say why.

62. Another dumb law, it’s illegal for kids to buy cigarettes in Australia, but it’s not illegal for them to smoke them.

63. And in Victoria, only licensed electricians are legally allowed to change a light bulb! They must be short of work…!

64. Despite Australia being home to so many of the world’s most deadly animals, more people die from bee stings than anything else. There hasn’t been any deaths from spider bites for 13 years.

Like this article? Check out my Fun Facts About Iceland

So there you have my fun facts on Australia, I hope you enjoyed them! Which was your favourite? Do you have any others you can share?

Also, do you have any topics you would like me to write about? I’m always open to new blog ideas!

Thanks for reading – see you next time!